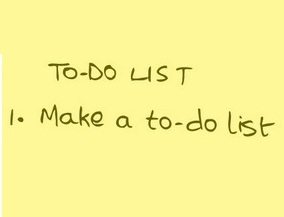 This is a one off post that will educate you on a fairly complex topic in programming. I’d like to preface this by saying that the need to use Java recursion programming does not come up often. I think in my entire professional career I’ve used one recursive algorithm, though your mileage may vary of course.

So what is Java recursion? In computer programming its the process of having a method continually call itself until a defined point of termination.

Warning: Don’t actually try to execute this code, as it will never stop.

What sort of conclusions could you draw from this code snippet?

Well the first thing you should take note of is the name of the method: myRecursiveMethod. This is just a random name that I chose to use for this method…nothing special going on there… But, take a look at what we’re doing inside the method: we’re calling a method named myRecursiveMethod. Notice anything special there? Yes, that’s the same method name!

Now with this method, we’ve introduced a terminating condition. Can you spot it?

When our int variable holds the value 0, then this method will not call itself and instead it will simply exit out of the flow. This can be seen from the return 0 statement.

So now we’re in a position where this method will continually call itself with a decrementing value of aVariable. So once aVariable hits zero, our recursive method is done!

Can you guess what the output would be if we called this method like so:

Think about it, try and follow through the code line by line and see what conclusions you can come to… once you’ve made a guess, go ahead and create a Class file with a main method and throw myRecursiveMethod in the mix and call it (you’ll need to make the method static).

Once you’ve run the program, if you have NO clue what’s going on behind the scenes, then I’d suggest debugging by throwing a breakpoint in where the method begins. Step through the code line by line and see what happens (it will clear things up).

So why use Java Recursion?

There are certain problems that just make sense to solve via Java recursion. This is the case because sometimes, when solving problems recursively, you can really cut down on code with your solutions. For example lets take a look at something called the Fibonacci sequence. Here are the first few numbers of this sequence:

If you’ve never seen the Fibonacci sequence before, then can you figure out what’s going on here?

Well, I’m about to explain it, so if you want to try and figure it out on your own, then stop reading.

What’s neat about this sequence is that when you try to sit down and think up an algorithm to solve this problem, you can’t help but think of recursion. The reason for this is because the solution to the next number relies on the past two iterations. Now that’s not to say that the only way to solve this problem is with Java recursion, but it can make the coding much simpler.

So now you know what the Fibonacci sequence is, but here’s the big question: How do you ‘solve’ this problem with recursion in Java?

There are really only two things any recursive code needs to ensure that it will work properly:

So long as you abide by these two rules, you’ll be okay. If you fail to abide by them, you might get caught in an infinite loop and you’ll have to manually terminate your program (not the end of the world).

Well then, what’s the defined “ending point” for our Fibonacci sequence? Well it will come in the form of the problem we wish to solve. The question would be something like this: “What is the 40th number in the Fibonacci sequence?”. So there we have it, that “40th” number is the ending point for our sequence.

Okay, so what’s our constant progression towards that point? It will be that we will need to iterate through our recursion 40 times, one by one. That’s a measurable way of ensuring that we are moving towards the ultimate goal right?

Now with this in mind, let’s think about what the code would look like. The first thing we need to do is think of how the Fibonacci sequence can be represented in terms of an equation. So if the first number plus the second number equals the third… and the second plus the third equals the fourth, then we can describe it like so:

Make sense? So the n in this case represents the index of any particular number in the sequence. Now obviously, we can’t just plug in the value of 40 for n and know what the answer is, because we need to start back at the very beginning and work our way up to n to figure it out.

Since we need to work our way from the beginning of the equation, then that means we’ll likely need to start there with our coding. So how would our code start then?

That seems pretty good as a start, but there’s no recursion going on here… remember we need to call the fibonacciSequence method inside of itself to start Java recursion. The only problem is, if we do this now, it will run forever. Remember the two rules, first we need a clear progression towards an end (Fn = Fn-1 + Fn-2) and two we need an end!

So what’s our ending going to be? Well, earlier I arbitrarily chose to go to the 40th index of the equation, so let’s stick with that.

If we are going to be keeping track of which ‘index’ we’re currently ‘at’ then let’s store it as an instance variable. You could also just pass this into the fibonacciSequence method, but I don’t like passing parameters around unless it’s completely necessary. Oh, and we also need to keep track of our ending point, so let’s store that as an instance variable as well.

Okay, so now we’ve established the starting point, the ending point, but not the recursion. So let’s put that in as well:

And Voila! We have our working algorithm for the Fibonacci sequence.

What’s cool about this sequence is that the numbers grow rapidly after the 40th index. Since we used an int to store our numbers, we will quickly hit the maximum of the int. Can you tell the index when the results start to show this? Post it in the comments below.

Also, can you suggest what we can do to be able to properly display number past the 80th index? Try it out yourself and post the answer in the comments below if you figure it out.